Added a little mini-release to my store. Space Goobers featuring Mite and Mote 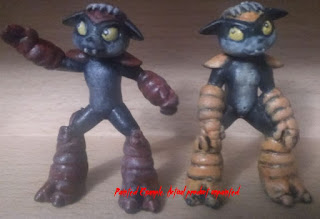 Posted by Mote of Lobross at 7:50 AM No comments:


Badlets are live!
Limit 2 per order, first lucky buyer will have their set painted and include a decorative display (see first pic) the rest will be in clear red.

Posted by Mote of Lobross at 6:36 PM No comments:

Okay now that I got everything packed and things sorted out, Badlets drop date is official! Cart limit is two sets per order. Figures will be in transparent red, though the first lucky buyer will have their set hand-painted and packaged with a hand-made display backdrop!

We hope to see you Sunday! 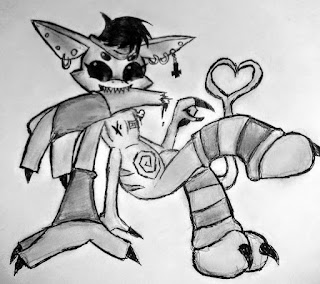 Posted by Mote of Lobross at 2:07 AM No comments:

Things are moving along!

So, after moving across the country, being unemployed for a year, and finding employment once again late last year, I am ready to kick things in gear again! 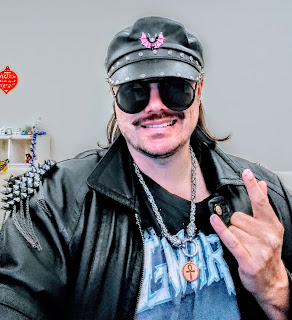 Back in September, my significant other surprised me with an early Christmas present: an Elegoo Mars 3D printer. This is a neat little machine! It uses UV LED's to cure photopolymer resin into high-resolution 3D prints. It is much easier to use than the Monoprice FDM printer I wasted $800 on back in 2017 and produces much nicer results.

As an inaugural project, I decided to release a line of 2" scale M.U.S.C.L.E.-type minifigures called Badlets. Initially, they will be 3D printed prototypes, though one day I hope to have them mass-produced in soft PVC plastic. 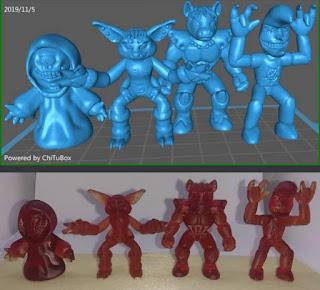 Designed and modeled by myself, this line consists of Grim Peeper, Siouxsie the Gremlin, Bronar the Barbarian, and Moon-touched Mack. The initial offering will be printed in clear red resin, but subsequent printings will make them available in a variety of colors! 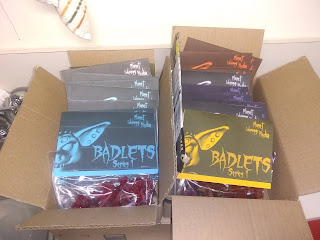 I do not have an initial release date yet, but it will be very very soon. The first inventory of Series 1 has been printed and packaged. I just have a few logistical things to iron out and I will be announcing the drop date!

Also, for those who are curious as to whether I am going to ever release The Surgeon, that is an absolute yes, but it is temporary shelved for the time being.

Posted by Mote of Lobross at 9:47 PM No comments:

Sorry for any lack up updates to this blog. It's been a hectic year with my former job going through a rough spot, making me not want to do a goddamn thing when I got home at the end of the day.

Also, this past September, I packed my belongings and trekked across half the country from Texas to North Carolina to be with my beloved. Also found a new job in my new state of residence, which I start soon, and things are looking up.

I still plan to release The Surgeon... eventually. Sadly, that 3D printer I bought was too advanced for my feeble mind, so I sold it and I am saving for a more expensive idiot-proof one.

In the meantime, check out the Planet Lobross Store, as I have updated it with more custom figures.
Posted by Mote of Lobross at 4:11 AM No comments: 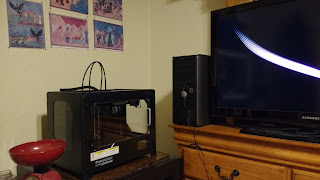 I now have my long awaited 3D printer. Trick is learning how to use it now.

Stay tuned and I'll post my progress on getting prints made!
Posted by Mote of Lobross at 9:36 PM No comments:

Contest at the Glyos Connection blog! Win this guy for free! 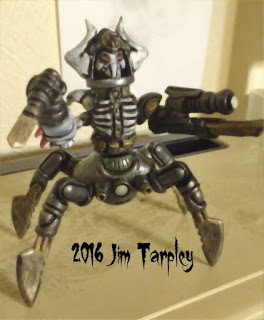 This fellow here is Professor Thorax, a monstrosity made from various Glyos-compatible pieces along with hand sculpted details.
He’s the prize of a contest I am holding at the Glyosconnect forum. If you’d like to participate, the contest post is here:
http://www.glyosconnect.org/viewtopic.php?f=10&t=986

Posted by Mote of Lobross at 10:01 AM No comments: